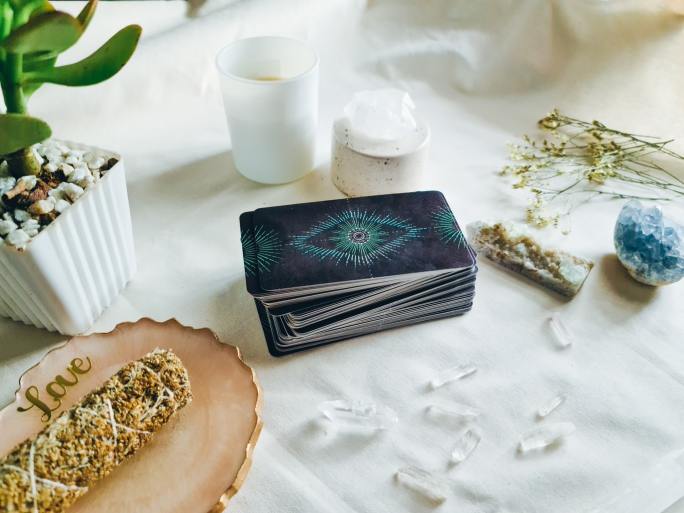 Sometimes, I sit around worrying that I might be a witch.

Not like a “real” witch the way we conceive of them in stories, and not like an on-purpose new-age pagan witch, either. My suspicion is much more anxious; it’s not something I would think to proclaim proudly about myself, and when other people do, I have to really focus on not rolling my eyes.

What I’m worried about is that maybe I’m making things move around without realizing it…and that when I do so, it might not be in my own self-interest.

A great part of this suspicion is the fault of the “manifest your dreams” and “law of attraction” zeitgeist of the day. If things are going badly for you, the rule goes, it’s because you’re dwelling on them too much instead of focusing on things going well for you; that is, you’re not giving yourself the feeling in your bones that you already have what you want.

At least by my own logic, this means that worrying about things brings more of the things I’m worrying about into my life. OH NO. STOP! STOP WORRYING ABOUT THINGS SARAH, BEFORE YOU BECOME A MAGNET FOR THEM!

It sounds easy enough to fix, but have you ever tried to actively not think and worry about something…forever? If it were as easy as that, half the people I know wouldn’t currently be dependent on anti-anxiety meds just to get through the day. Talk about blaming the victim.

So while I outwardly roll my eyes and chuckle uncomfortably about the silliness of magically creating “the life I want” (a catch phrase these days in inspirational texts of all kinds), there’s always the nagging suspicion at the back of my mind that there’s something to it. After all, what do I know?

I can practically hear the universe calling me “Miss Smarty Pants.”

Well, one thing I know is that magical thinking is just the nature of humanity: we see patterns and messages whether they’re there or not; our creative, seeking brains are primed for reading way more deeply into things than we probably should, and for finding deeper meanings that we ourselves have created. I mean, just think about how many Santas and dragons you see in the clouds, and all the weird, angry faces in wood markings.

Sometimes we totally fall for these deeper meanings…how many conspiracies are out there regarding world domination? Even if you think evil people are running the world, it must be very comforting to believe that there is actually some master plan, and that the bad things that happen aren’t just the result of some random cruelty falling on the just and unjust alike.

So the “law of attraction” is basically a different kind of witchcraft. The logical half of me rolls my eyes when I read my horoscope, when I read the tarot on every new and full moon, and when I worry that maybe I’m casting spells here and there that aren’t actually in my best interest.

For my short story this week, my “research” was to look up some witchy characteristics (it’s about a witch who can never quite get her spells right and makes a lot of funny mistakes). This led me down a rabbit hole to all kinds of listicles with titles like “Five Signs You May Really Be a Witch.”

Here are a few of the things that stood out to me, taken from various places:

1) You see patterns everywhere, all the time.

Well, duh. Everyone does, it’s the human condition. Next! BUT…I do always seem to look at the clock right at 4:20; it would be a lot cooler if I were actually a pothead. Still, seeing numbers that appear every day: not impressed.

2) You can feel people’s energy and intentions.

Also, duh. Haven’t we evolved for specifically that? Still, there are certain people who I just do not like for no particular reason, which is strange because I genuinely really love people and love spending time with them.

Of course, maybe it really does have something to do with “chemistry”…like, maybe I just don’t like their smell or something, or am invisibly repelled by them in another way. My much more far-fetched hypothesis is that we were enemies in a past life, and we just keep bumping up against each other in subsequent ones to sneer at one other.

3) You secretly believe in past lives.

Well, you’ve got me there. The logical part of me says “no way.” But the magical thinking part of me says, “well, that would explain why I am so terrified of being inside of cars even though I’ve never been in an accident,” or “maybe my kid has drowned in like 8 past lives and that’s why she’s so inexplicably terrified of large bodies of water.”

4) You don’t think in words, but in images, feelings, and impressions.

This…is 100% true for me (ironically, since I literally earn my living through creating words). But I discovered recently that most people do actually have an ongoing narrative going on in their heads, and that they essentially spend all day talking to themselves.

What?? I thought that was just for dramatic effect in The Wonder Years. Apparently not.

My thoughts, on the other hand, are, like it says, images, feelings, and impressions. It’s rare to hear any kind of voice, even my own, unless I make a conscious decision to tell myself something. Though I’m an extrovert, I’m naturally quiet, and my language is always very intentional. But the quietness isn’t timidity. It’s because the words just don’t appear for me immediately; I need to take the time to conjure and then arrange them.

5) You don’t like crowds; the energy of so many people at once is scary.

Also totally true. I love music, but I hate big concerts. I love parades, but they make me cry every time. I mean, all those people doing and feeling the same thing at the same time? That’s just too scary to be a part of, man.

One thing I am doing in my own witchy self-interest is to meditate, as it’s the one thing that all of my self-help books and half-finished courses advise. It can’t hurt, right? I think of it as kind of like a new-age version of “go ahead and get saved – what have you got to lose?” practice.

A particular method, which I found from a woman who calls herself the “Crappy Childhood Fairy” (I did not, myself, have a crappy childhood, but I do like her material), involves writing down one’s fears and resentments, whichever of them happen to be crowding your mind at the time, and then “releasing” them (also in written form).

I like this because it doesn’t feel like that torturous and possibly damaging “focusing on my fears which will just create more of them,” but rather, as she explains, writing them down to get them out of yourself, to detach from them, like peeling wet leaves off of the windshield in order to see the path before you more clearly. It’s to be followed by a 20-minute meditation, of which I usually do just 10-15 minutes, because apparently, I like to rebel against helpful suggestions.

Perhaps the best state of mind is to simply pretend that I really do have more than my obvious human powers. At the very least, it could make life more fun and sparkly, right?