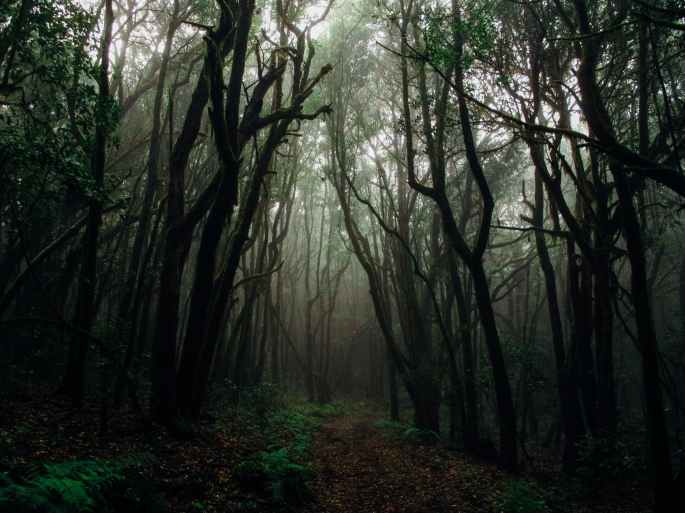 (Note: this is an essay that I’ve decided to migrate over from Medium, as readership there has dropped as a result of new policies; I’ll be moving others over both here to my personal blog as well as to my Patreon site).

I saw Midsommar a month ago when it finally came to my city’s theaters. It is — among other things — a brilliant and terrifying collage of an array of psychological profiles dropped into what might as well be an alien environment — some deeply disturbed, some just deeply sad, all nakedly troubled and dealing with very human feelings like selfishness, guilt, ambition, loneliness, insecurity.

The only people in the film who seem to totally have their shit together are the hosts, which are the very ones the audience would deem unstable. Say what you will about the horror within that bizarre community. They know what they’re doing and why they’re doing it. Not an ounce of existential confusion here! It’s horrifying, but it’s also kind of refreshing.

I think a lot about mental health. We’re all so delicate, one tragedy away from a complete breakdown, and I often find myself wondering if humans have always been this complicated. We have been, I think, but our societies were much simpler and easier to navigate for most of our history. Now they’re infinitely more complex, and it’s making more and more of us feel crazy, literally, or at least lost in that simultaneously too-empty and too-crowded state of anomie, unable (yet) to transcend.

I’ve lived outside of the United States my entire adult life now, and watching the whole paradigm of mental health suffering and treatment from afar has been both a perplexing and interesting experience.

If there’s one thing I can say about the Americans I know, it’s that they take their mental health very seriously. They are adamant about making sure people know their suffering is real with a defensiveness that makes clear the painful reality that they’re consistently shamed for it. I will never say that it’s not real, of course. But from a distance, I often think, “man, what is with these Americans that no one can deal with their lives?”. Nearly everyone I know in the US is medicated with some type of psychiatric drug, and I don’t think there’s enough talk at all about how addictive and hard to get off of them they can be.

My thesis is this: mental illness — especially the “functional” kind like depression or anxiety — is a sociological problem first, and a psychological problem second. We can try to force our brain chemistry to adapt to this chaos, but no amount of therapy or pills is going to fix our society. The fact that so many people from the same place suffer in so many of the same ways and get the same kind of treatment is telling. Notably, therapy seems to be optional, but medication is not.

I do believe the “chemical imbalances” are real, but that they are mostly produced by our circumstances — a result of — ; the problem for most people, especially when it comes to the twin maladies of depression and anxiety, does not simply lie with naturally faulty brains. The pain people are in is very real; but when it comes to permanent cures for that pain, the jury is still out.

I am not in favor of taking away people’s medications or ceasing to prescribe them. I think the suggestions that we take refreshing walks in the woods or bathe in lavender as a cure for all that tortures our minds are stupid and naive and don’t get even close to the real problem. But can we at least admit that all these medications are not solving our problems? Can we admit that part of the problem might also be outside of our minds?

American society especially is ideal on the surface, but rough and hypocritical once you start scratching the surface: we’re told that we have all the opportunity in the world when we don’t (conclusion: we’re not good enough); we’re told that any inability to get what we want is our fault (conclusion: we’re not good enough); inequality is getting worse, and people see themselves as individual failures rather than drops in the ocean being swept up in the tide (“no one else controls my life but me” is one of our most sacred cultural beliefs); civic institutions are eroding, and we spend less and less time with real people — but we need people, we’re literally built for it — and more and more time online, interacting with strangers, some of them cruel, in a form that distills every “relationship”. And what’s a drug, after all, if not distillation?

We lack a real safety social net in some of the worst ways and many of us die trying to dig ourselves out of debt that of course, we’ve blamed ourselves for 100%. We’re watching our world literally come to an end through environmental degradation and know that we can’t count on help when disaster strikes.

We’re sold the idea that once we find a serious romantic partner we’ll be forever happy and fulfilled. When things don’t work out, we again blame ourselves rather than the perhaps unrealistic institution in which it’s actually very hard for two people to be everything to each other: lover, friend, business partner, domestic partner, co-parent, nurse, cheerleader.

No wonder everyone is anxious and depressed.

But, say the powers that be, better to blame indviduals’ brains for what mentally ails them and sell some medicine for it than fix the problems that make them feel anxious and depressed in the first place. I know that medication can help. But I don’t trust that it does much more than pain medication for a bad hip when what’s really needed is a hip replacement. Let’s keep soothing and easing pain, but can we please try to get to the root of the problem as well?

There’s a scene towards the end of Midsommar when the main character has just seen something that’s caused her to nearly fall apart. She crumbles to the ground and cry-screams in pain, and the other women that are with her immediately do the same. It’s a powerful scene of solidarity: accompanying someone in their most horrific moments, not allowing them to be alone in their suffering, in their trauma. I was touched by this and found myself wishing to live in a community in which everyone could be supported in this way.

On the surface, Americans have it all. But do just a little digging, and we’re all existentially panicking. How could we not be? It’s a crazy world out there.